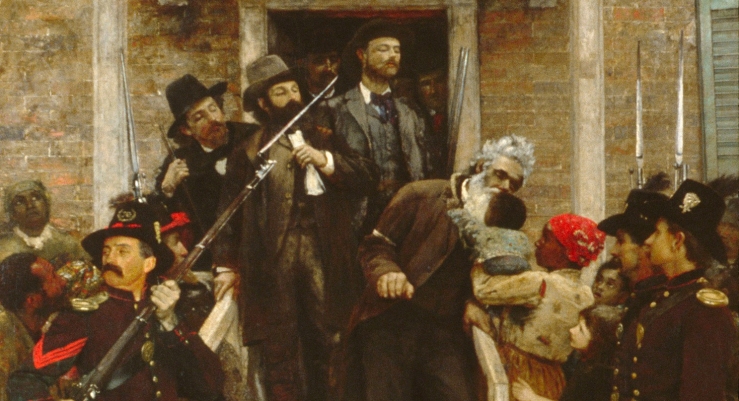 Like a few other American giants—Mark Twain and Duke Ellington come to mind—Orson Welles left behind vast archives of unreleased work in varying states of completion. He’s been dead for thirty-five years but we’re still catching up with his oceanically ambitious—albeit frequently frustrated—creative life.

The latest rediscovered Welles work is Marching Song. This play about the radical abolitionist John Brown was written in 1932 with some help from Welles’s teacher and lifelong friend Roger Hill. It was only staged twice in 1950 by the amateur drama club at Welles’s alma mater, the Todd School for Boys. Its publication caps a decade’s worth of posthumous treats including the Too Much Johnson workprint (amusing silent comedy sequences filmed in 1938), the half-hour Merchant of Venice intended for TV (1969), and, most prominently, the Netflix reconstruction and completion of his feature The Other Side of the Wind (1970-76). Meanwhile, paintings and drawings from Beatrice Welles’s personal collection have been exhibited and published by Titan Books as Orson Welles Portfolio, and two books of transcribed conversations remind us that Welles was one of the world’s great talkers. Not a bad haul for Welles fans—and more pieces to fit into an unfinishable jigsaw puzzle.

One of those books of conversation, Orson Welles and Roger Hill: A Friendship in Three Acts (2013), was edited by Hill’s grandson Todd Tarbox. Now returning with his edition of Marching Song, Tarbox argues for a better recognition of Welles the writer, and wishes that Welles’s “newspaper and magazine articles, radio and print essays, movie scripts, speeches, and letters were bound between the covers of a book.” Welles certainly deserves a Heminges and Condell to compile this notional Orsonian First Folio, although it’s certain to be thick as a telephone book. In the meantime Tarbox has made a laudable gesture towards that ambition with this slim volume, a very good quarto indeed.

Writing was an essential first step of the creative process for almost everything Welles made for film, television, radio, or stage, but he only occasionally wrote specifically for publication. This is why despite a scattering of published books in various languages—plays, screenplays, dubiously-credited novelizations—Welles’s writing exists in relative obscurity. Perhaps inspired by Shakespeare’s example, he seemed not very concerned with his writerly legacy. Only a few of his plays were actually published, namely Moby Dick–Rehearsed in 1956 and a volume bundling two short plays (The Unthinking Lobster and Fair Warning) in French translation in 1952. Others, such as Time Runs… (1950), were performed but never published. A number of additional plays await both premiere staging and publication, an opportunity for enterprising theatre directors. (I examined the late 1950s cold war comedy Brittle Glory at the Museo Nazionale Del Cinema in Turin a few summers ago.)

Written by a seventeen-year-old, Marching Song is by definition juvenilia, although that might not mean very much when speaking of the precocious Orson Welles. Tarbox’s volume contains the complete play accompanied by reproductions of Welles’s set sketches and photographs from the 1950 Todd Troupers production (directed by Tarbox’s father, Hascy). There is also a long and engaging introduction by Tarbox that explores Welles’s crucial relationship with Hill. It quotes in full poems Welles wrote for school publications as well as generous passages from the Highland Park News column he wrote as a teenager—including a lively dispatch from Japan. Most valuable of all are the letters Welles wrote to both Hill and his guardian Maurice Bernstein on a painting tour of Ireland in 1931. We encounter the boy in thrall to Irish culture and on the verge of his first professional experience on the stage (“Scores” of additional letters from Welles’s youth, once in the collection of Beatrice Welles, are now archived at the University of Michigan.)

Marching Song‘s 1857-59 setting predates the action of Citizen Kane (1941) and The Magnificent Ambersons (1942), Welles’s back-to-back recreations of post-Lincoln America. The play is unsurprisingly ambitious. Welles’s sketches illustrate his plans for innovative sets and lighting. Keeping in mind the preliminary condition of all of Welles’s scripts, certain to be transformed by the happy “accidents” of production, this extant draft is a tad talky and expositional, with a swollen dramatis personae. It is no apparent lost masterpiece, although with its speculations by journalists on the true nature of John Brown, a charismatic and dangerous ‘great man’, it certainly seems like a model for future Welles dramas.

Tarbox’s epilogue, ‘The Social Conscience of Orson Welles,’ helps contextualize Marching Song as an early entry in Welles’s long agitation for racial justice. He includes fifteen pages of transcripts from Welles’s 1946 radio commentaries on the scandal surrounding Isaac Woodard, a black World War II veteran brutally blinded by a policeman in South Carolina. It is valuable to have these stirring texts in book form for the first time. The epilogue makes a helpful supplement to Michael Denning’s study of Welles as a radical political artist in The Cultural Front: The Laboring of American Culture in the Twentieth Century (1996).

Header image is a detail from The Last Moments of John Brown (1882–84) by Thomas Hovenden at The Met. Public domain. 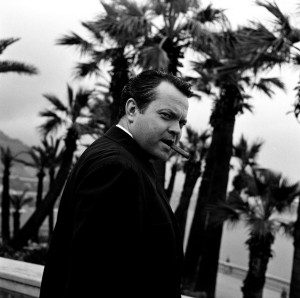 My review-essay T For True appeared in issue 68 of the online film journal Senses of Cinema (September 2013). It discusses these new Orson Welles books: 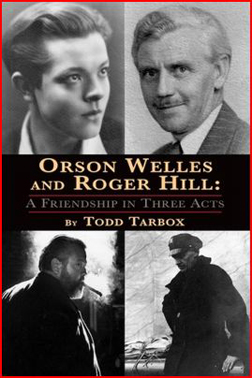 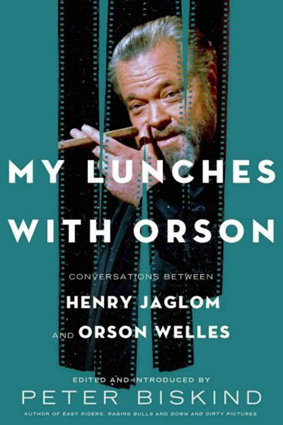 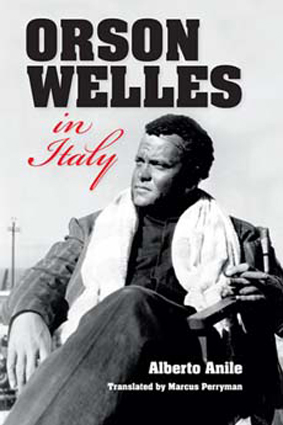 Bewildered by false tales circulating about his life, Orson Welles once came to a general conclusion: “I don’t think history can possibly be true!” Of course, in the same interview, Welles claimed to be the great-grandson of Gideon Welles, Secretary of the Navy under President Lincoln, so he can’t be considered a completely innocent victim of historians. Even now, despite decades of often exemplary research – by Jonathan Rosenbaum, Catherine Benamou, François Thomas & Jean-Pierre Berthomé, and others – the complicated facts of Welles’ life continue to be obscured by his irresistible self-invented mythology and the popular counter-myth of a prodigy in a decline that knew no indignity.

Two entertaining new books of transcribed conversations with, respectively, his former headmaster Roger ‘Skipper’ Hill and the filmmaker Henry Jaglom, reaffirm Welles’ reputation as a great (if unreliable) raconteur and go some way towards unmasking the private man. The conversations date from the early 1980s as Welles, in weakening health, struggled to organise financing for a range of doomed film projects in Los Angeles. That was the unhappy end; Alberto Anile’s Orson Welles in Italy (translated from the Italian original of 2006) takes us back to the invention of Welles’ independent methods after the Second World War. Anile’s research into contemporaneous Italian sources adds degrees of nuance to a largely mythical period in Welles’ career….